“People are the best show in the world. And you don’t even pay for the ticket” -Charles Bukowski 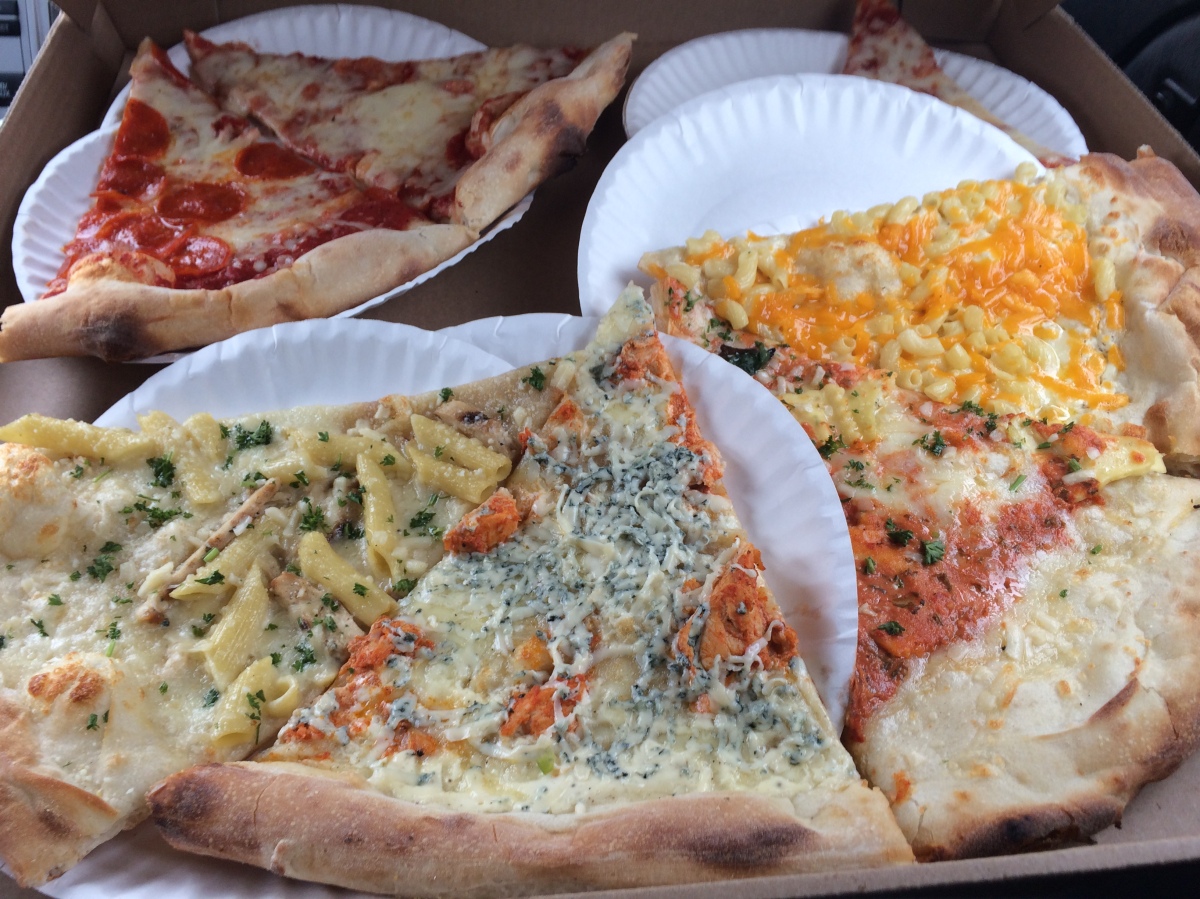 People-watching is one of my favorite past-times; second only to pizza-watching.  If you’ve ever made a trip around Madison’s capital square for the infamous farmer’s market you know what great territory it is to idly observe people from all walks of life.

Many Saturday mornings Tess and I will find ourselves marching along with the market masses doing the slow cheese-sampling shuffle—inching along like we’re caught in a swarm of zombies stuck in a quadrilateral slog.

Though it’s only 9am all the market delicacies like the warm cheesy-bread, fresh curds, beef sticks, and homemade hot sauces begin to remind me of my beloved pizza, but you can’t score a slice at 9am? Can you? 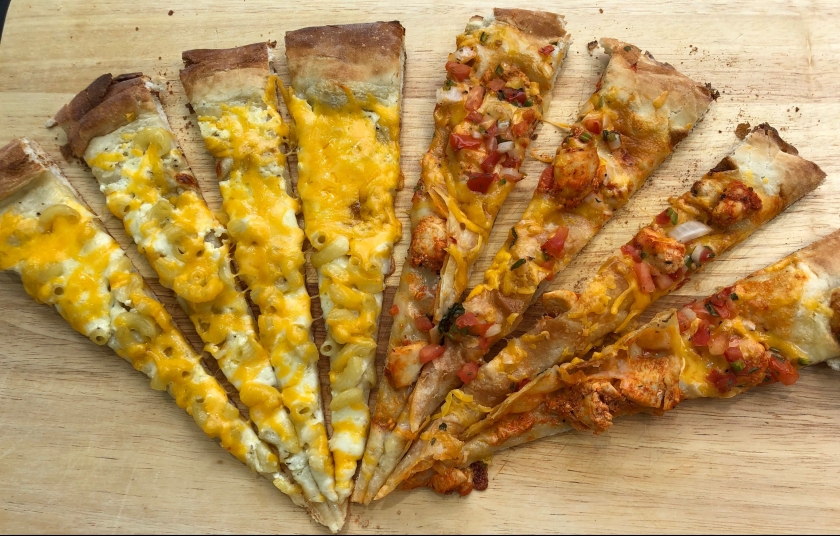 At the square you expect to see folks of all shapes and sizes—statuses and statures; but you don’t expect to get a slice of pizza.  Most pizza shops open 11am at the earliest (some of my favorites don’t open until 4pm), but thanks to Ian’s Pizza on State you can now enjoy a piece of pizza along with your pastries and cold-brew.

Every market season Ian’s hones their revolutionary pizza riffing to breakfast as they start slinging slices bright and early.  You can grab a Denver Omelet slice, a Huevos Rancheros slice or even a sweet Apple Cobbler slice. And if breakfast pizza isn’t your thing, don’t fret, because nestled between Biscuits and Gravy inspired slices and Fruit Parfait pizzas you’ll find all of Ian’s late night classics.

Ian’s is the infamous midwestern slice joint that serves up eclectic slices and forever pushes the boundaries of what you’d expect to find on a pizza. My all-time favorites include the “Spicy Chicken Quesadilla” which is a slice with a quesadilla on top of it, Italian Beef complete with spicy giardiniera and of course the Buffalo Chicken layered with bleu cheese crumbles and chicken that packs some heat.

Whether you want simple or complex there’s a slice for everyone.  Vegan? No problem.  Craving Mexican food? You’re covered. In the mood for pasta?  Do you want Lasagna or Penne Alfredo?  A childhood favorite?  You gotta try the Mac n’ Cheese.

I imagine that a sliver of Ian’s creativity is inspired by the diverse characters you find roaming the downtown area. Perusing Ian’s slice line-up and observing farmers market attendees share similar peculiarities.

People intrigue me as much as pizza.

When I’m people-watching at the market I can’t help but imagine others daily lives. Where’s home? What motivates them? What’s their routine?  What kind of pizza do they eat?

There’s a lot to learn from people.  Robert Greene in his book Mastery says “the primal source of human intelligence comes from the development of mirror neurons which gives us the ability to place ourselves in the skin of another and imagine their experience. Through continual exposure to people and by attempting to think inside them we can gain an increasing sense of their perspective, but this requires effort on our part.”

Social intelligence is the ability to put ourselves in someone else’s shoes—to take a look through another’s eyes and to imagine how their mind thinks and feels.  Harnessing this skill proves handy in almost any endeavor because it trains us in empathy.  It doesn’t matter how smart or skilled we are if we can’t connect with people.

We all have different backgrounds and values; Ian’s slice selection is as unpredictable as our viewpoints. If we take a glimpse into someone else’s life we can gain a new level of understanding and empathy.

What I’m eating: Ian’s Pizza on State-Buffalo Chicken and Smoky the Bandit

What I’m reading:  Getting to Yes –Roger Fisher and William Ury